People see tweaking of Phones Imei as hacking which is not only harmful to the phone, but also very deadly.

Well, to some extent, that may seem to be true depending on how its done and the things that are or were involved during the tweaking.

What Is An IMEI?

IMEI is International Mobile Equipment Identity; this is a unique number embedded in a phone which makes it stand out in the whole world.

This means that every mobile device and modem have a unique 15-digit Imei Number. No two phones have the same Imei Number, but phones of the same brand usually having the same starting sequence.

Well, Tweaking is the process or method of changing the IMEI of a particular mobile or smartphone and replacing it with a different one while not affecting the phone’s performance.

Some of those task include using some cheap data plans meant for a particular device on different range of devices.

What Are The Downside Of tweaking?

If not done properly, tweaking may damage or corrupt the software or operating system of the mobile phone in question.

If not handled well, Tweaking may avert the warranty placed on a mobile phone as the IMEI has been changed.

That’s mostly the downside of tweaking a phone (Though there may be other ones).

Note: Before doing any tweaking, Backup your existing IMEI or write it down on a safe place.

How To Change Imei Number

To proceed with changing an Imei number, we need two apps that can facilitate the process.

The Imei analyzer downloaded in the above step is use for generating a valid 15-digit code IMEI Number.

How To Generate a Valid Imei Using IMEI Analyzer

Assuming you have installed the app, Open it and follow The steps Below: 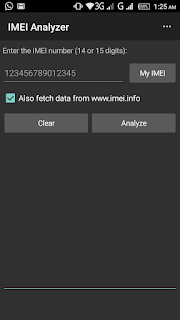 When you open the app, You will see as shown on the screen shot above.

To generate a valid IMEI number, you need to input 14 or 15 digit random number.

After getting the first nine, you randomly add any 5 numbers. 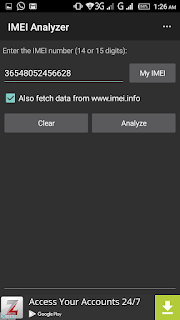 This last number is called the “check digit” so it cannot be randomly added.

If you do, you’ll end up having an imei number that wont work. 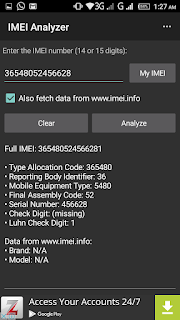 Click on Analyse for the app to automatically fill in the remaining digit and generate a valid IMEI. in this case the valid IMei is 365480524566281

Copy and save the generated IMEI Number as it will be needed at a later step. 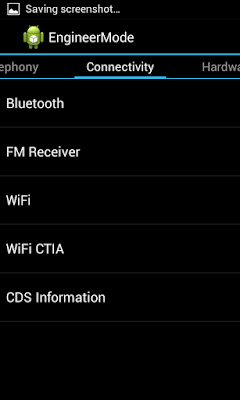 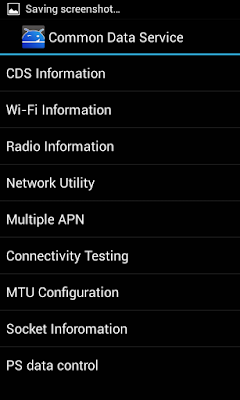 Select which of the sim you want to change its IMEI.

Press E on your keypad to bring drop down of some options, for sim 1 select AT+EGMR =1,7,”” 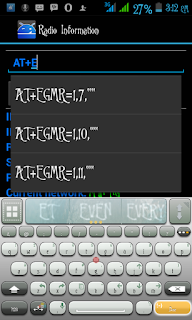 A message should pop up saying “At command is Msent”.

If you have received a successful message, Put your phone in Airplane MODE and turn it off after some seconds.

BOOM! your IMEI has been changed.